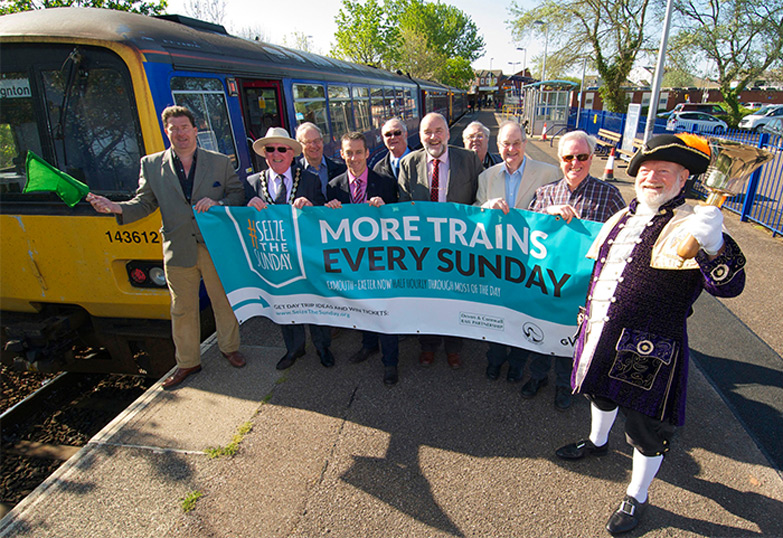 When a long-held aspiration is close to being achieved, it’s important to seal the deal – and that’s exactly what happened on the Avocet Line (Exeter-Exmouth) in 2016.

The Devon & Cornwall Rail Partnership mounted a marketing campaign to make sure that the long-awaited trial of a year-round half-hourly Sunday service was a big enough success for the extra trains to be continued long-term.

The trial, which began in May 2016, was the culmination of years of effort by partners including Great Western Railway (GWR), Devon County Council, the Avocet Line Rail Users Group and the Devon & Cornwall Rail Partnership (DCRP).

To make the improvements stick, DCRP worked with the above partners to run a comprehensive marketing campaign to maximise ‘bums on seats’ and prove the demand for the services. The campaign went beyond traditional approaches, using innovation to get outstanding results.

The results informed the marketing plan, which worked to make Sunday rail journeys easy, fun and popular by giving people reasons to travel. The plan spanned both online and offline media to reach as many local residents as possible.

Catchy campaigns work best, so DCRP invented ‘Seize The Sunday’ – a slogan that stuck in the mind and emphasised that Sundays are unique: they can be dull and slip by, or can be the most care-free, fun day of the week.

The Seize The Sunday mini-website (now discontinued – see screenshot of homepage as 2MB PDF) was the campaign hub – with information about the extra services, journey times and fares. The site’s blog provided ideas for days out along the line – from local festivals to places for brunch near each station. The site was responsive, displaying well on mobiles, tablets and desktops.

Targeted Facebook ads were shown to residents of towns and villages served by the line. The ads were tailored to each location, giving people relevant day trip ideas, fares and journey times from their nearest station. Many recipients shared the posts with friends. They were also able to ask questions beneath the posts and receive swift answers from DCRP. The ads offered excellent value. For example, one £25 ad reached nearly 5,000 people.

Three short videos were produced to inspire people to take the train (see links attached). Each featured a different day trip idea. The films were embedded on the website and shared on social media.

DCRP’s @AvocetLine account raised the profile of the line and promoted the extra services. It now has more than 1,300 followers. The hashtag #SeizeTheSunday was used throughout the campaign.

DCRP ran a summer photo competition, with local residents sending in photos of their trips to win a pair of First Class tickets to London, provided by GWR.

The press releases were supported by local newspaper adverts to reinforce the message.

Local shops and cafes stocked Seize The Sunday postcards, and DCRP published blog posts about top independent places to shop and eat on Sundays in the local area.

A4 posters were displayed on community noticeboards.

During the main campaign period (May-December 2016), Sunday journey figures on the Avocet Line jumped by 22.5% compared with the same period the previous year.

This is against a backdrop of a 12% increase in Sunday train services.

Travel across the rest of the week was also boosted, with Monday-Saturday journey figures up by more than 7% year-on-year. This helped make 2016 the best ever year for the Avocet Line since current records began in 2001.

2017 saw the success continue. From January to April, Sundays were up 13% year-on-year. The rest of the week was up 7%. Most importantly of all, thanks to the strong Sunday performance GWR committed to continuing the extra services throughout 2017.

This shows the impact that a comprehensive, intensive and innovative marketing campaign can have.

The Seize The Sunday marketing campaign is part funded by the Designated Community Rail Development Fund. The Fund is backed by the Department for Transport and ACoRP, the Association of Community Rail Partnerships.

More from the Avocet Line 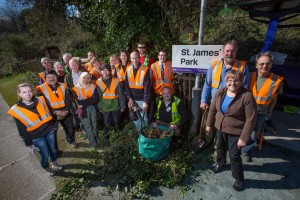