Tripling usage of the Exeter-Barnstaple line

The Tarka Line’s fortunes have been transformed in recent decades. Where once there was concern for its very survival, the line now has its best ever service and unprecedented numbers of passengers, thanks to a lot of work by a lot of people over many years.

In the 1980s, the opening of Tiverton Parkway station and the North Devon Link Road led to a real concern that the line between Exeter and Barnstaple would lose many of its passengers and could even be closed.

In response, the Exeter-Barnstaple Line Working Party was formed by British Rail and Devon County Council, and in 1989 the line was re-launched as The Tarka Line, after the otter in Henry Williamson’s book. Ever since, there has been a focus on promoting use of the line, working for improvements to services and facilities, boosting the local economy of the places served and working to link the community and railway as best possible.

The early partnership swiftly expanded to cover all of Devon and Cornwall’s branch lines and became the Devon and Cornwall Rail Partnership. The Working Party evolved into the Tarka Line Forum (see below). Working together, these partners have secured the line’s best ever service, attractive fares and a tripling of the number of passengers using the line – up from 200,000 in 2001 to nearly 680,000 in 2018.

Supporting the Tarka Rail Association and Friends of the Station groups

The Tarka Rail Association was set up in 1977 and has more than 200 members. We work with them and support them on a whole range of issues relating to the line. We also support local station volunteers and their important work. Through gardening, artwork and other improvements they make stations an attractive gateway to the destinations they serve, as well a hub for the local community. On the Tarka Line, this includes the Friends of Crediton Station and the Friends of Copplestone Station.

We promote the Tarka Line through our printed visitor guides that appear widely in leaflet racks, a dedicated section on our Great Scenic Railways website, on social media and in local and regional newspapers. We also support projects including the widely published Tarka Line Walks book, and promote special offers on the line.

We work with our partners towards improvements, both to services and infrastructure. Successes include providing a new northern exit at Barnstaple station, and the attractive heritage appearance of Crediton station, driven by the Friends Of the station group. 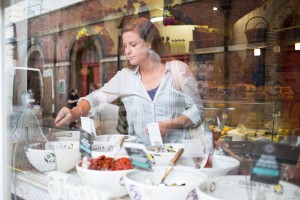 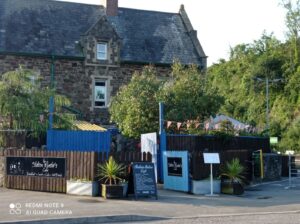 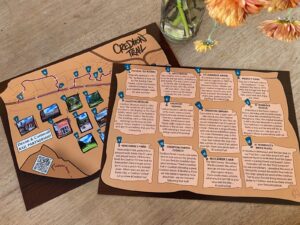 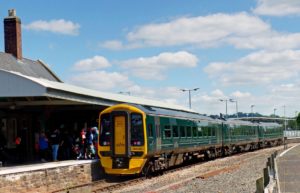 The Tarka Line’s best ever service – or is it?

Explore our online visitors’ guide to the Tarka Line on our Great Scenic Railways website.

Find out more about the 200-strong Tarka Rail Association, including how to become a member, by visiting their website. There are also Friends of the Station groups at Crediton and Copplestone, to find out about these please contact us.

History of the Tarka Line

Read more about the formation of the Tarka Line in this article published in the North Devon Journal, written by Richard Burningham, Manager of the Devon & Cornwall Rail Partnership.