Doubling usage of the Truro-Falmouth line

The Maritime Line connects Truro, Penryn and Falmouth, providing a crucial link for tourists, commuters, students and many others.

Driving up journey figures
With the Partnership’s help, usage of the line has more than doubled since 2008 following the implementation of the Penryn passing loop, which enabled a twice-hourly service on the line.

Supporting Friends of the Station groups

We support local volunteers and their important work. Through gardening, artwork and other improvements, they make stations an attractive gateway to the destinations they serve, as well a hub for the local community. On the Maritime Line this includes the Friends of Penmere, Friends of Penryn and Friends of Perranwell volunteer groups.

Promoting the line to visitors

We promote the Maritime Line through our printed visitor guides, a dedicated section on our Great Scenic Railways website, on social media and in local and regional newspapers. We promote walks from local stations, and coordinate a Rail Ale Trail which brings valuable custom to pubs along the line.

Encouraging greater use by local residents

In 2016, we launched TheMaritimeLine.com, a mini-website giving local residents practical rail advice and day trip ideas to encourage them to make the most of the train service on their doorstep. The website will aid our ongoing work to promote the line, including through events such as the line’s 150th anniversary celebrations.

In 2009, the train service on the line doubled thanks to a £7.8 million project led by Cornwall Council and also funded by the ERDF Convergence Programme and Network Rail. The project saw a new passing loop installed at Penryn station and a regular half-hourly service introduced.

We ran a large scale promotional campaign for the improved services which included touring an operational model of Penryn station and the passing loop before it opened, to show how things would work.

Looking further back, we led the project which saw the introduction of all year round Sunday trains in 2002. Until then, for many years, Sunday trains had only run on Whitsun Bank Holiday Sunday and during July and August. 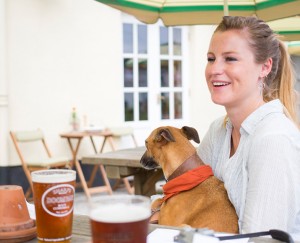 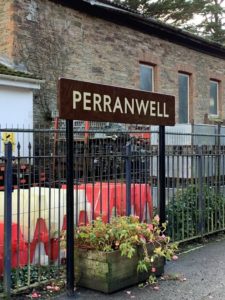 Back to the 50s at Perranwell 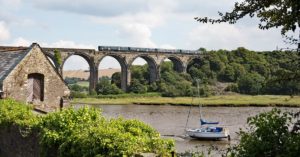 The GWR timetable change – what does it mean for you? 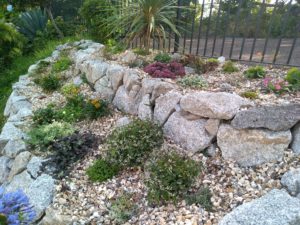 Explore our online visitors’ guide to the Maritime Line on our Great Scenic Railways website.

Visit our new Maritime Line mini-website designed to help you get the most from the train service on your doorstep.

To find out more about the Friends of the Station groups at Penmere, Penryn and Perranwell, get in touch.