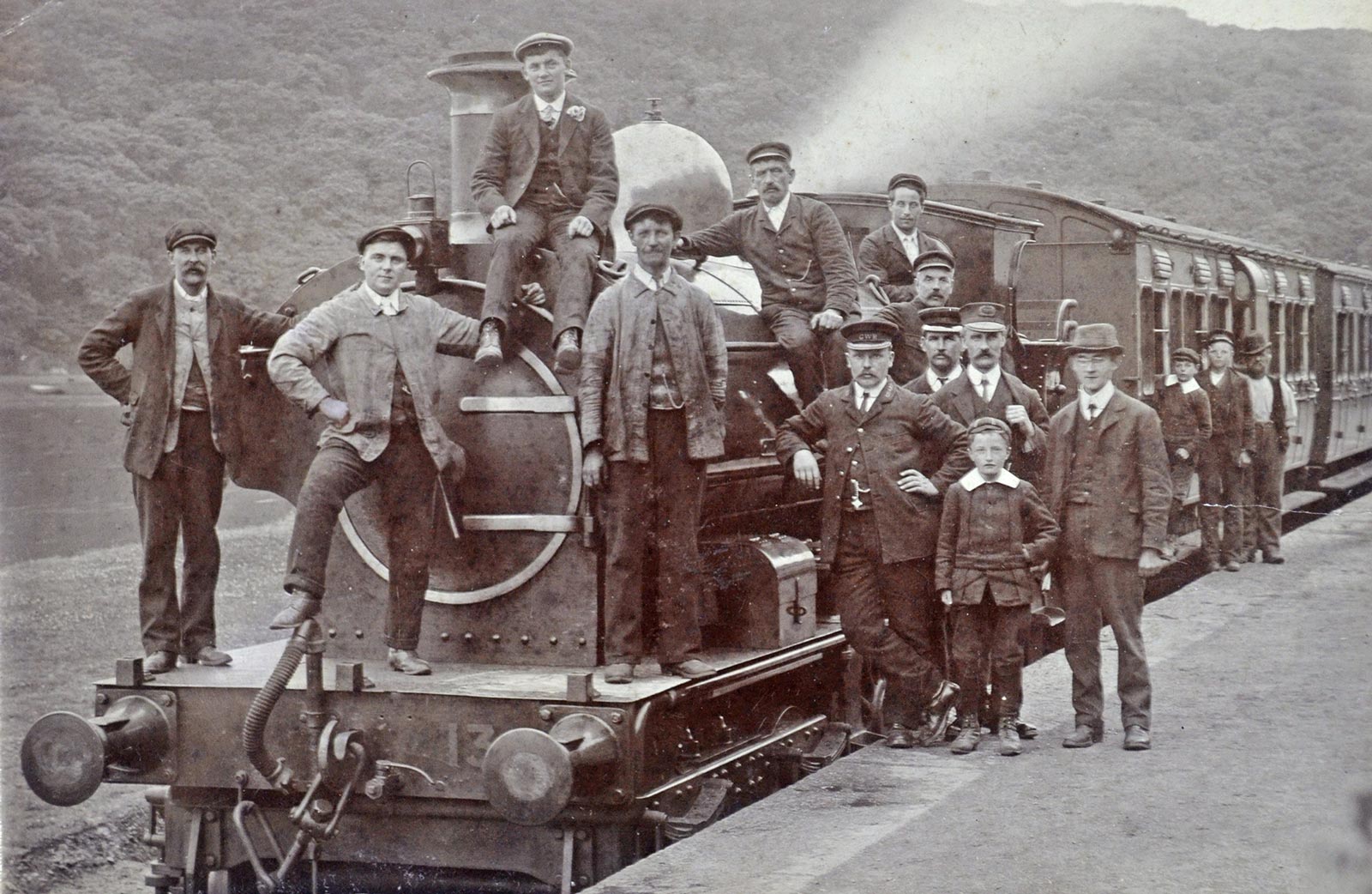 Staff at Looe station in yesteryear – courtesy of the National Archives

The Looe Valley Line has a fascinating history dating back 160 years. The Devon & Cornwall Rail Partnership (DCRP) used this as a new marketing angle to attract even more passengers to visit the line and to enhance the journey for all who make this scenic trip.

To achieve maximum impact, DCRP told the line’s story in an accessible and innovative way. This included video documentaries, a mobile phone app, a mini-website and ‘augmented reality’ interpretation boards at stations.

Equally importantly, DCRP involved the local community in developing the content to tell previously unheard parts of the story.

To develop the content, DCRP held drop-in days where staff conducted video interviews with local residents to capture their memories. The Partnership also held community ‘CreativiTea’ outings on the train and issued a call for content in the local press and social media groups.

When planning how to present the fantastic material that had been gathered, the Partnership was committed to making it accessible, bite-sized and fun.

Like many of us, the project’s target audiences of busy tourists and local daytrippers are often pushed for time. So instead of presenting them with reams of information to decipher for themselves, DCRP decided to tell the line’s core story through a mini four-part documentary series that people could sit back and enjoy.

To front the films, the Partnership approached rail explorers Geoff Marshall and Vicki Pipe (a.k.a. All The Stations). They are great storytellers with a long-held affection for the line, who also have a large national following who could then be enthused about the Looe Valley Line.

While the videos can be enjoyed from the comfort of home and provide a great advanced marketing tool, DCRP also wanted to bring the line’s heritage to life when people visit in person. To achieve this, the Partnership devised a mobile phone app as a heritage companion to the trip.

As passengers travel beneath the towering viaduct, call at stations and meander alongside the estuary, the app – built by University of Plymouth alumni Elixel – uses GPS to tell them about what they are seeing. Packed with historical images, anecdotes and videos, the app is free on both Apple and Android devices. Crucially, it works even on sections of the line that do not have 4G signal. 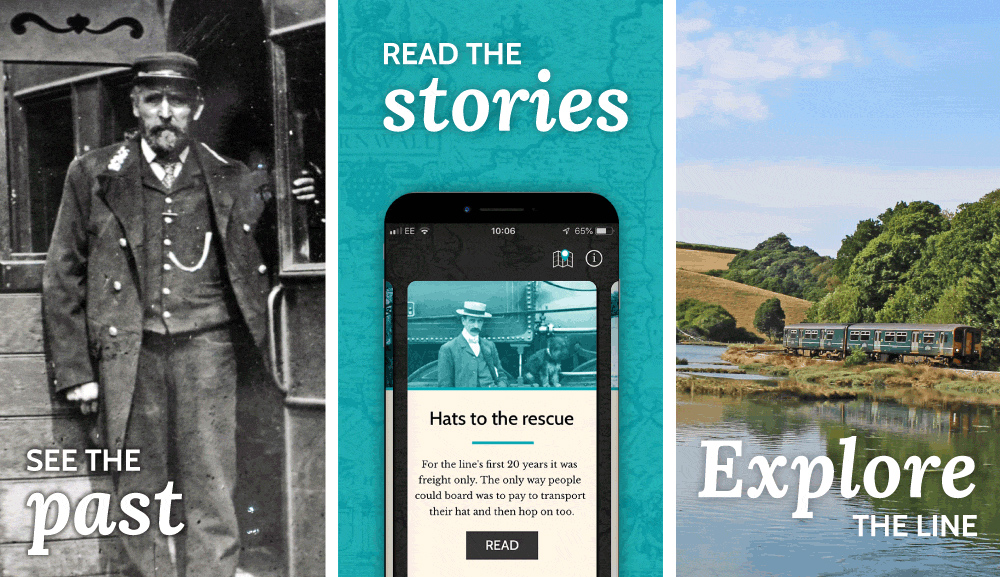 Interpretation boards were installed that work alongside the app to enhance people’s journeys. Boards at all six stations tell the story of each section of the line.

The boards at Liskeard and Looe stations are interactive thanks to technology known as augmented reality. Using the heritage app, passengers can hold up their phone and bring to life a ‘talking portrait’ of Horace Holbrook, Superintendent of the line in 1908. Watch it in action. The interactive portrait is also included in the Partnership’s Looe Park & Ride leaflet (110,000 copies) to reach another audience. 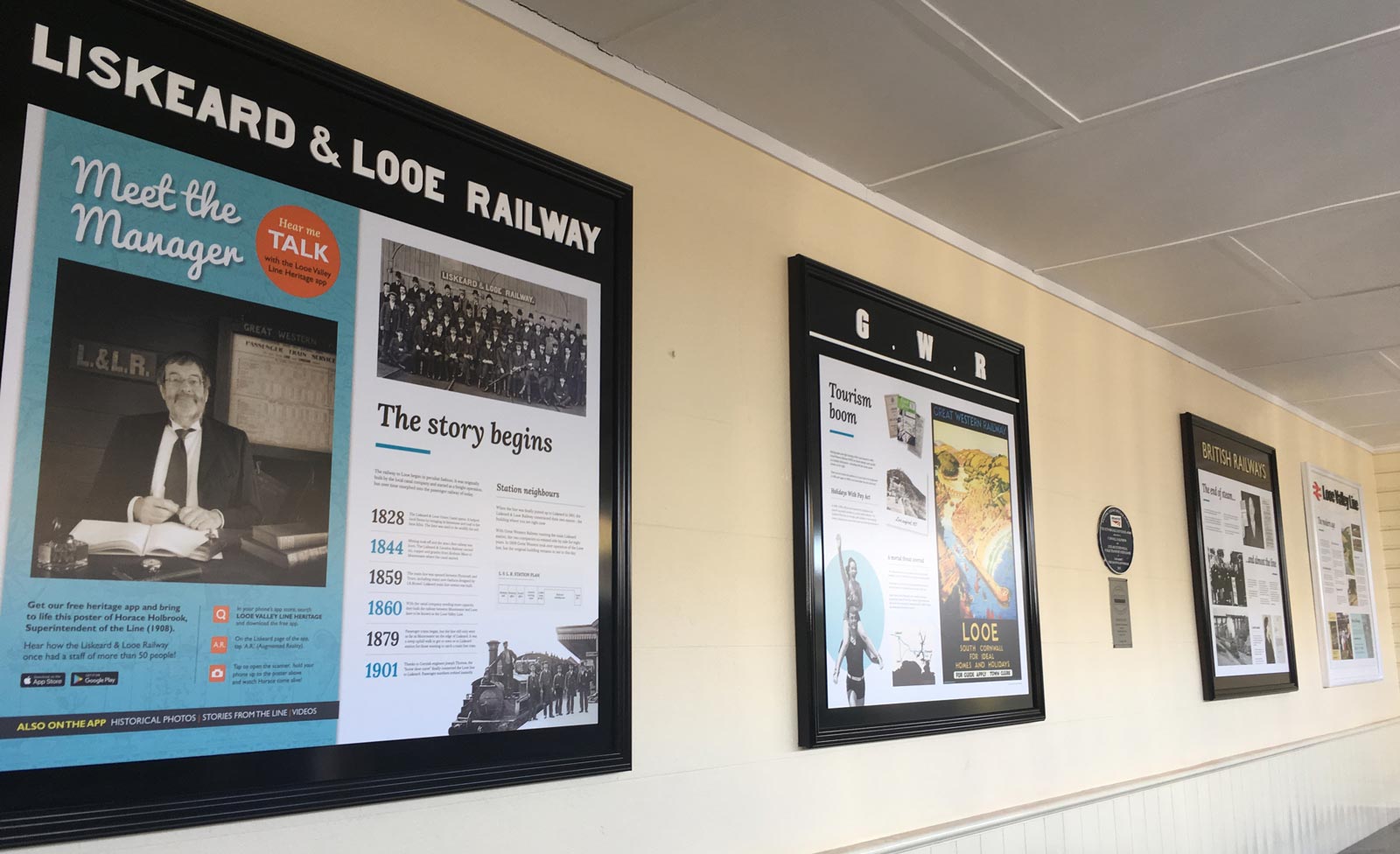 In the 90-second video, made by Liskeard creative agency Studio Wallop, Horace (played by friend of the Partnership, Clive Charlton) welcomes passengers and explains how the Looe branch once commanded a workforce of more than 50 men. The set – created using props borrowed from friendly local antiques shop Zero 2 Vintage and costume from Encore The Show Business – is based on a 1908 photograph (see left below) of Horace in his office at the station. Scan the right hand image with the app to watch it come alive. 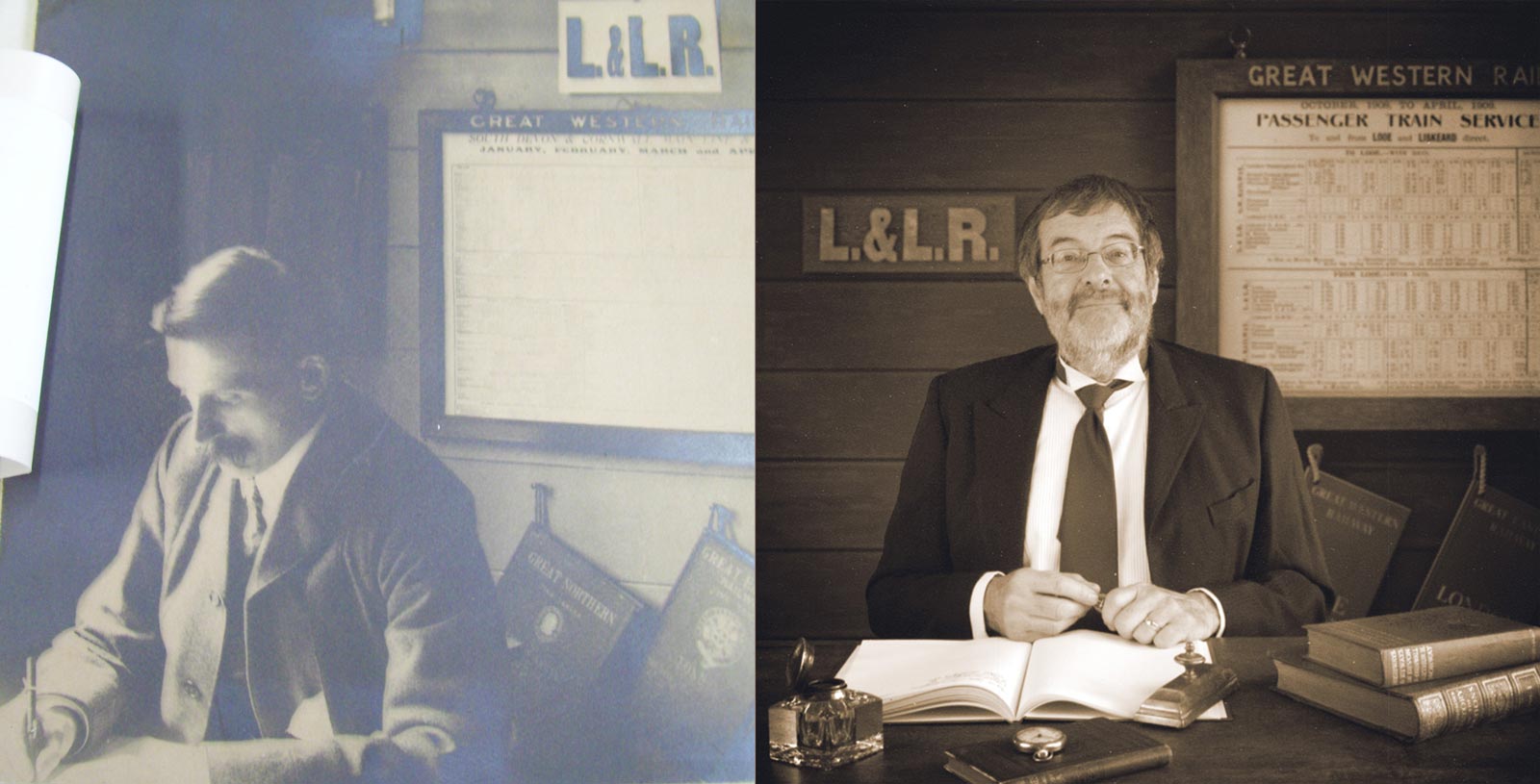 The final resource created was a mini-website to showcase the documentaries, app, interviews, photo gallery and even a recommended reading list. The website also includes a section on how to visit the line. This theme is consistent throughout the resources: DCRP wanted the audience not just to be entertained, but to be inspired to travel.

The second – ongoing – phase of the project was to promote the resources. This began with a Premiere Evening at a packed Liskeard Public Hall to showcase the project’s films. The documentaries were shown on a 20-foot cinema-style screen (complete with popcorn!), and there were also showings of the community interviews and a film about the ‘CreativiTea’ community trains. The evening’s second half saw a book signing and entertaining Q&A with All The Stations.

The documentaries were promoted through Facebook advertising, targeted at local daytripper audiences as well as rail enthusiasts and history buffs in key cities including Bristol, Birmingham and London. All The Stations also promoted the videos on their social media channels to get their own fans hooked.

The app was promoted through social media, as well as in the Partnership’s Looe leaflet and at stations along the line via the interpretation boards.

A key element was to cross-promote between the resources. For example, the documentaries conclude with a recommendation to download the app, and the app directs people to watch the community interviews on the website.

To promote the project as a whole, DCRP also took out quarter page advertisements in Railway Magazine as another way to reach those interested in rail heritage.

The project was made possible by funding from GWR’s Customer and Communities Improvement Fund and the Designated Community Rail Development Fund.

The project has had a great reception from the target audience of local and national ‘rail explorers’.

The premiere evening was attended by an enthusiastic crowd of 100 guests, who praised it on social media as a “fantastic event” and “a brilliant time”. It was a front page splash in The Cornish Times, followed up with a double-page spread the week after.

The documentaries have been watched more than 10,000 times across YouTube, Facebook and other media, receiving positive comments from as far afield as San Francisco.

The app has received 100% five-star ratings, with one reviewer commenting: “Very immersive – looking forward to planning a trip to Cornwall around this app.” A Department for Transport delegation travelling the line commented that: “All branch lines should have an app like this.”

The project has also recently embarked on an exciting next chapter, with funding secured to develop a Heritage Information Centre at Liskeard station. This will draw upon and promote the work done so far in the project. 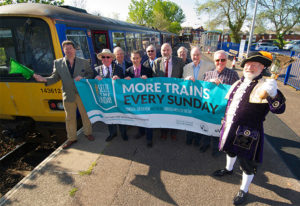