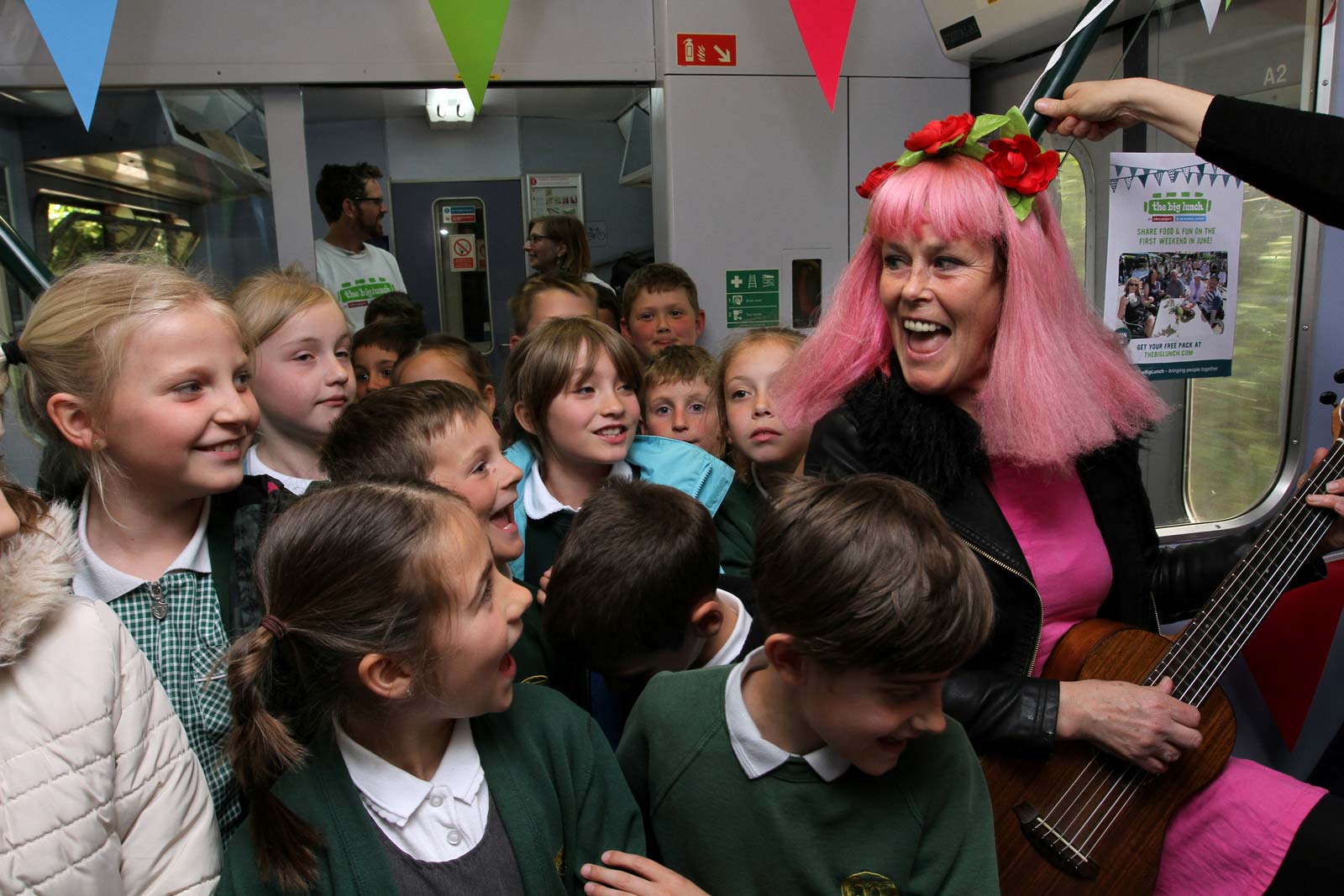 Our CreativiTea trains helped the community to come together in a creative way at onboard tea parties, complete with cupcakes, bunting, arts and crafts and more.

The Creativitea concept was created by Cornwall’s unmistakable pink-coiffeured poet Sally Crabtree who hosted each of the events together with Rebecca Catterall from the Devon & Cornwall Rail Partnership (DCRP).

On the Looe Valley Line, the CreativiTea trains were linked to our heritage project and were a way to tease out memories of local history and culture, to be featured in the wider project, as well as educating young people, who will be the future custodians of the line, about the history of the railway.

On the Atlantic Coast Line (Par-Newquay) the CreativiTea train was linked to social inclusion by working with the Eden Project, a local Age UK group and nearby primary school.

The concept of CreativiTea Trains was developed initially for the Looe Valley Line Heritage project as a way of gathering memories of the line from local people. Drop in events had already been held for local people but the Partnership wanted a way to also engage young people.

Two local schools along the line were keen to be involved and the first stage was for Rebecca Catterall from the Partnership and Sally Crabtree to go into class to teach the children about the history of the line using old photographs that the heritage project had already unearthed. The children were then tasked with coming up with good questions they could ask to find out more about older people’s memories of the line. What type of trains did they remember travelling on for example? What was their earliest memory of travelling on the line?

The time in school was then finished off with a creative aspect where the children designed toppers for cakes which were then printed on edible sugar paper ready to be served at the tea party. After the day in class the pupils were each given an invitation to hand to either a family member or a member of their community to attend a special tea party on the train on Tuesday 12th February 2019.

The innovative nature of the CreativiTea train concept piqued the interest of the Eden Project, and their Community Network Manager joined the train to find out more. He was so impressed that he collaborated with DCRP to hold a further CreativiTea train as part of Eden’s annual Big Lunch programme.

The Big Lunch is all about getting people together to share food, get to know each other and tackle exclusion and isolation. As before, Rebecca and Sally went into class beforehand but this time rather than teaching the children about the heritage of the line, they created a song called ‘What’s your cup of tea?’ which was all about finding out about people likes and dislikes and getting to know one another.

A local Age UK group was keen to be involved as many of their users had not been on a train trip for many years. The children and adults spent the journey simply eating and chatting and children were moved around so that they were able to speak to lots of different people throughout the journey. The children also performed the song that they had written in class. BBC Radio Cornwall and BBC Spotlight (regional TV news) were on board throughout the journey interviewing young and old for broadcast later that day. 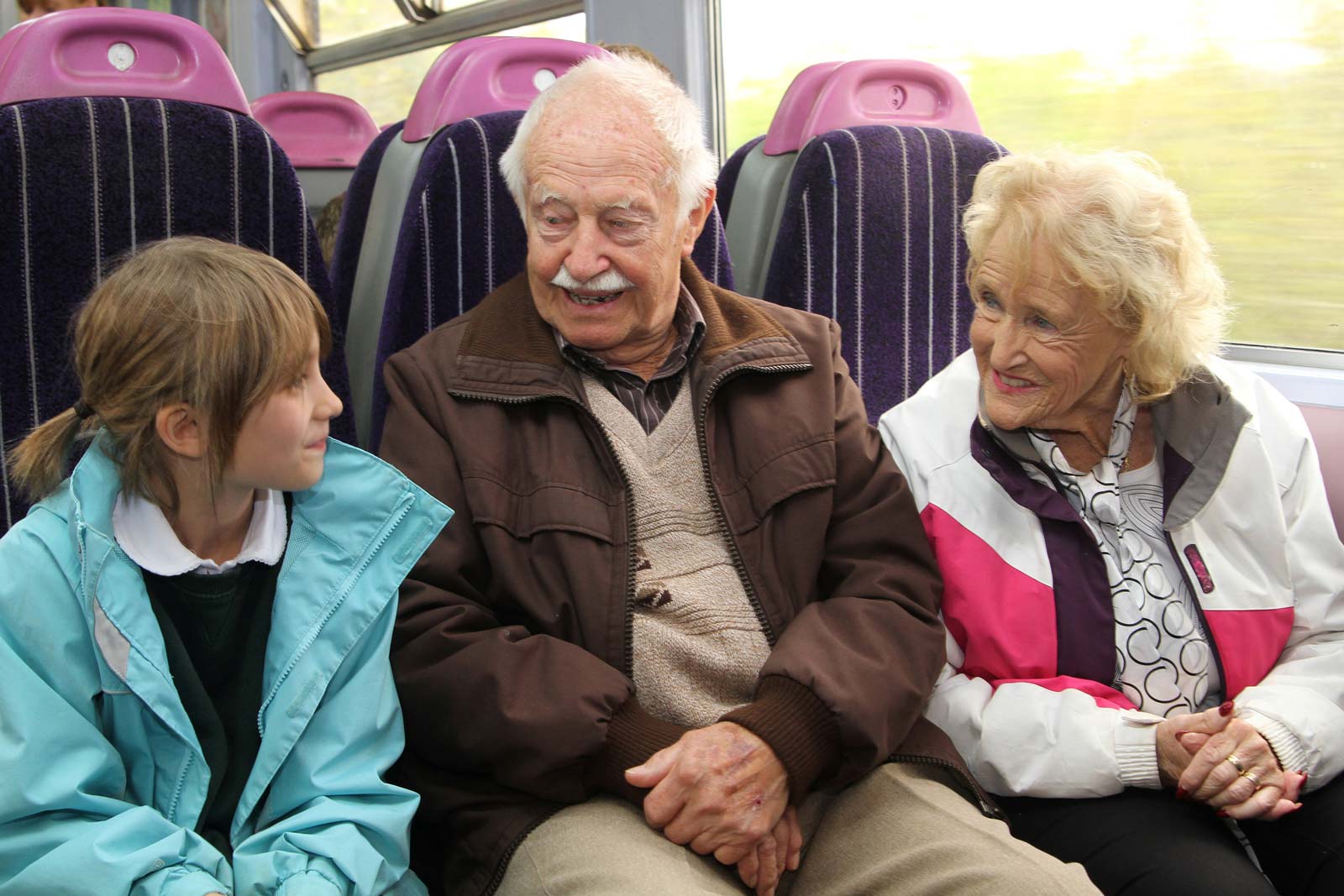 The CreativiTea Trains have been extremely successful in a number of ways. The Looe Valley Line events re-engaged many local people with their railway, with many of the older generation commenting on how long it had been since they had been on the train but what fond memories they had of it from their youth.

The trips also brought to light information for the heritage project which was completely new, such as the fact that flowers were picked in Looe and sent to London by train for sale in Covent Garden, something which has always been suspected but never proved.

“What a lovely heartwarming video, re-living and teaching the young about the past. Really beautiful.”

The film was also shown on a 20-foot screen at the heritage project’s premiere evening at Liskeard Public Hall. Families featured in the film were invited to attend and were among the 100-strong audience at this well-received evening.

On the Atlantic Coast Line, the trip was very different in that none of the people on board had met each other before but the atmosphere was incredible as young and old enjoyed eating, drinking and chatting whilst travelling through the countryside.

The elderly people particularly commented on how much fun they had had and how surprised they were at how much they had to talk about with the children.

The media response to the event with the Eden Project was fantastic with the news item being shown on the evening news that day and broadcast on BBC Radio Cornwall throughout the day.

The Atlantic Coast Line event was also filmed by Great Western Railway and shown at their Community Rail Conference as a way to share best practice with other Community Rail Partnerships.

More from the Looe Valley Line and Atlantic Coast Line 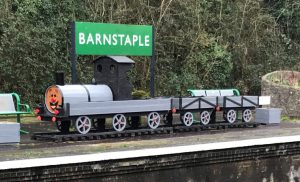