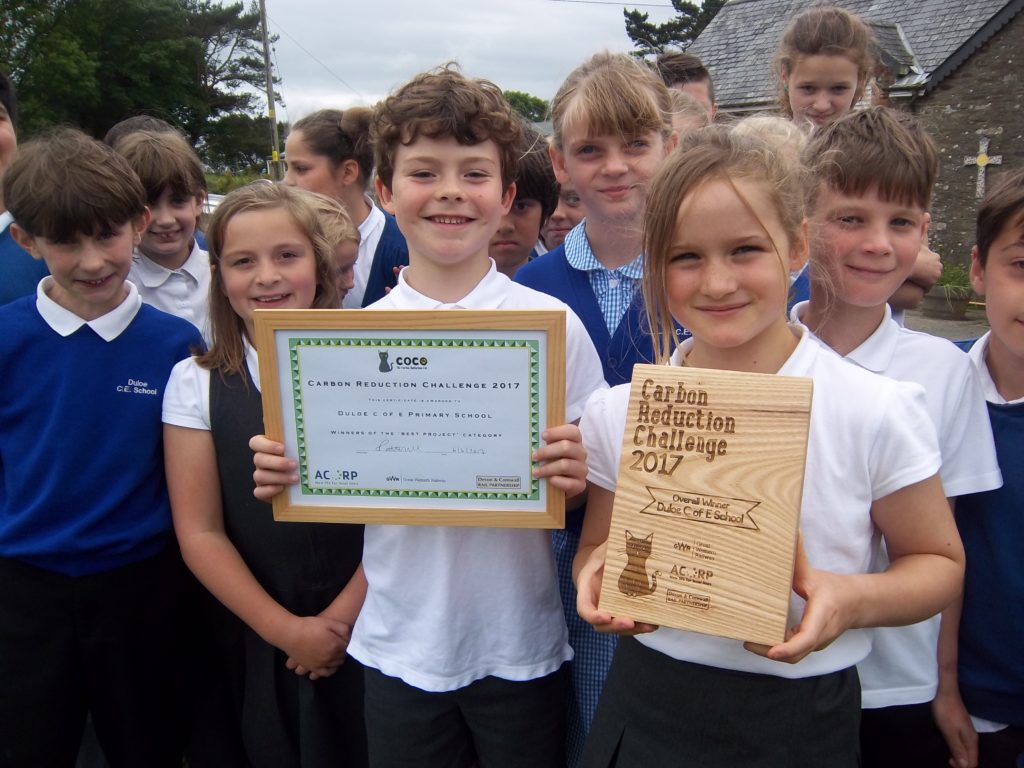 The Carbon Reduction Challenge was a competition developed by the Devon and Cornwall Rail Partnership to promote travelling by train and green transport in general.

A class from each of the schools had a free trip on their local branch line, courtesy of Great Western Railway, and then acted as ambassadors within the school encouraging others to think of more sustainable options for travel.

The winners, Duloe School, managed to save 1200kg of Carbon by swapping car for train journeys, which is equivalent to a car driving from Duloe to Dundee and back three times.

Rebecca Catterall, from the Devon and Cornwall Rail Partnership said “The competition was a pilot project and I am thrilled that so many schools took part. Each school took a different approach to the idea and what was really impressive about Duloe’s project was the amount of detail they went into and that carbon saving was fantastic!”

Ann Carter, Head Teacher from Duloe School said “We are so excited to have won the competition. We are a small school and don’t win many prizes but this project captured the imagination of the children and they loved taking part in it.”

Eight schools from South East Cornwall took part in the challenge. St Cleer School won the Runner Up prize for their project which included a rap about global warming.

The Carbon Reduction Challenge has been part-funded by The Designated Community Rail Development Fund which is backed by the Department for Transport and ACoRP, the Association of Community Rail Partnerships.