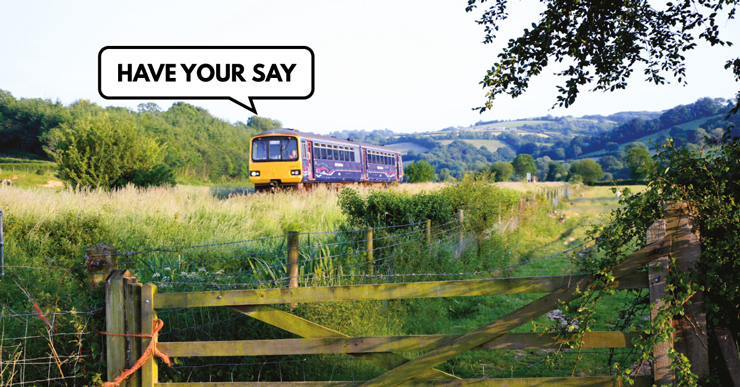 Whether you use the train or not, if you live in North or Mid Devon please help us to shape future railway services on the Barnstaple-Exeter line by completing this short survey.

Who should take the survey?
As well as current rail users, we are particularly keen to hear from those who rarely, if ever, use the trains and people who live in Barnstaple, Crediton or one of the villages served by the line and use Tiverton Parkway or another station in preference to the one most local to them.

How will the results be used?
The survey results will feed into the work of the North Devon Line Strategy Group which includes representatives of Devon County Council, North Devon Council, Great Western Railway, Network Rail, the Tarka Rail Association and the Devon & Cornwall Rail Partnership.

What does the future hold?
More trains, more seats and improved coaches are planned over the next three years, with a full weekday hourly service being introduced in December 2018 and the existing trains being replaced by refurbished air-conditioned ones, with tables and on-train wi-fi, from mid 2018 onwards.