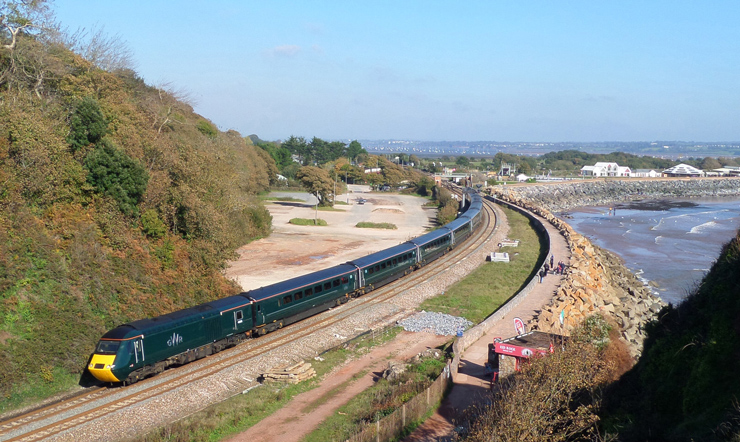 Summer Saturday through trains to Newquay from London, Birmingham and a number of other cities, including Plymouth, Exeter and Bristol, will start on Saturday 21 May. One of the London trains is the famous Atlantic Coast Express which originally ran from Waterloo to Bude and Padstow, making its first run ninety years ago, in 1926.

There will also be one direct London train on Sundays and one Sunday morning train to Birmingham which carries on to Newcastle and Edinburgh.

Newquay is one of the few seaside resorts not on a mainline which still gets through summer long distance trains. The trains, which replace the usual local trains to Par on Saturdays, will run until 10 September.

During July and August, the Atlantic Coast Express will run daily between London Paddington and Newquay.

The journey time for the through London trains is just over five hours. In its heyday, the fastest original Atlantic Coast Express took around an hour longer to reach Padstow from Waterloo.

I am really excited and pleased to welcome back the straight through trains that are coming to Newquay. It will make it a much smoother journey for locals and visitors to the town. It will encourage people to use the train service more which can only be a good thing, bringing more people to visit Newquay, whether it is just for a day or for a week!

The summer through long distance trains help boost Newquay’s economy. Local people can also use them for a day trip with a difference to Plymouth or a longer distance journey.

Newquay’s branch line, the Atlantic Coast Line, has trains seven days a week, all year round. When direct long distance trains are not running, passengers connect at Par with main line trains.

Train times and information can be obtained from www.gwr.com, www.crosscountrytrains.co.uk or from National Rail Enquiries on 03457 48 49 50.