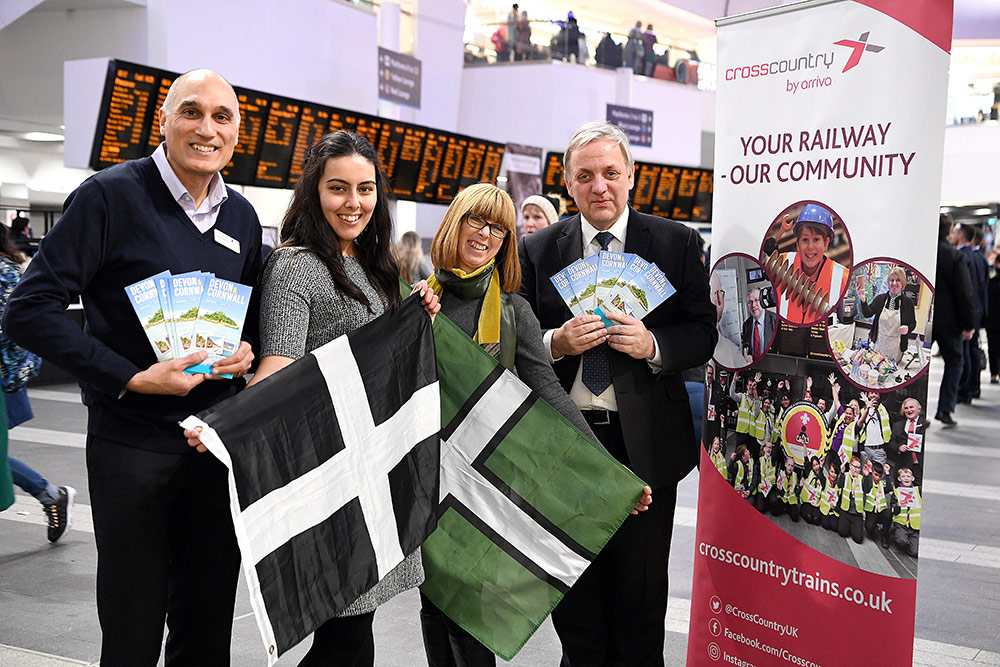 Centrepiece of the promotion is a “Devon & Cornwall – visit by train with CrossCountry” leaflet of which 50,000 are being distributed by the train operator through leaflet racks at principal stations throughout the country including Birmingham New Street, Manchester Piccadilly and Edinburgh Waverley. 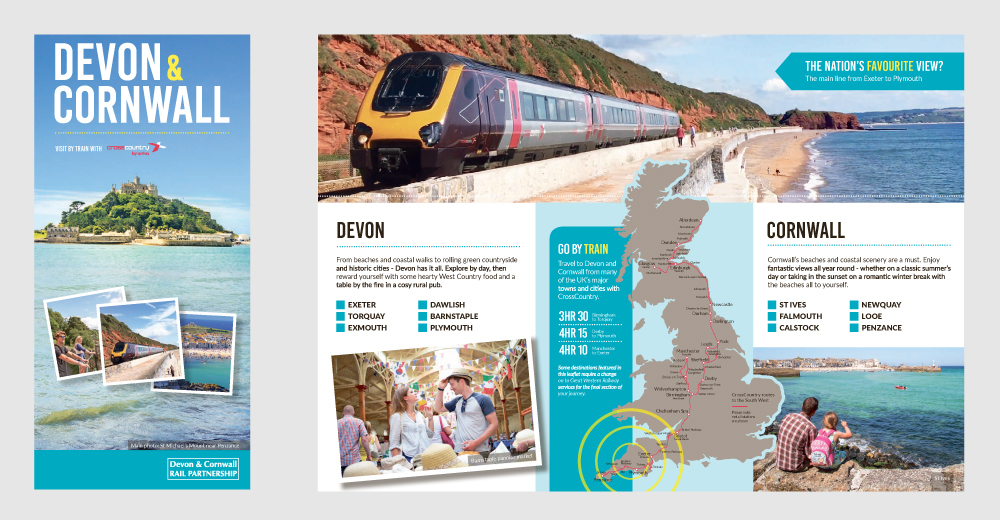 Online promotion is via the Partnership’s Great Scenic Railways website. Highlighted are the Partnership’s Foodie Guides, Rail Ale Trails and walks from the railway which feature restaurants, cafes, foodie events, pubs and walks all easily reached by train on one of the two counties’ branch lines.

“We are delighted to be launching this new national promotion of Devon & Cornwall with CrossCountry. We hope the promotion will encourage many more people to take the train to visit our beautiful part of the country.”

“We are delighted to be helping the Devon & Cornwall Rail Partnership promote some of the many things there are to see and do in the region. This leaflet will now be available at stations across Britain, encouraging more people to visit the South West by train.”

Funding for the promotion has come from CrossCountry’s Community Engagement Fund.

The Devon & Cornwall Rail Partnership is a non-profit partnership of councils, the rail industry and the University of Plymouth. The Partnership works to promote use of trains, seek improvements to services and facilities, boost the local economy and link the community with the railway.