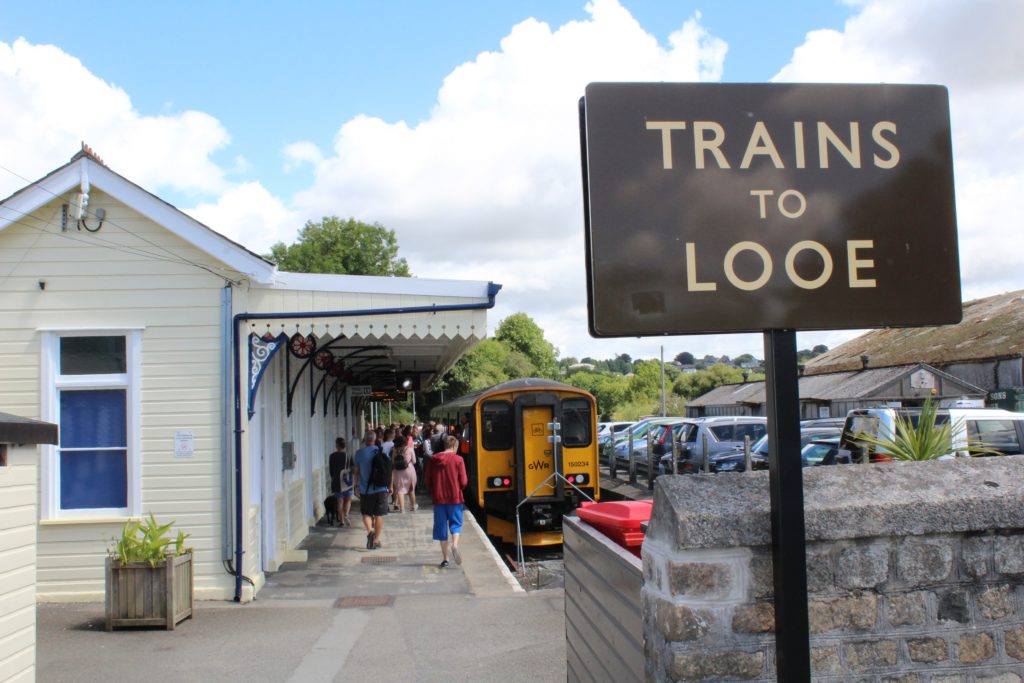 The centre will be established in three rooms on Platform 3 at Liskeard station, currently used by the Partnership as a summer information point and shop.

This building is the Liskeard and Looe Railway’s original station building which opened, with the horseshoe curve to Coombe Junction, in May 1901.

One of the rooms is the Liskeard and Looe Railway ticket office.    When the line to Coombe Junction and Looe opened,  Liskeard station was split in two, with the main line run by the Great Western Railway, and each part had its own ticket office.  The Liskeard and Looe Railway was an independent company until 1909, when the GWR took over its operations, combined the two parts of the station and closed the ticket office on the Looe side.  The original ticket window and hatch survive in this room, currently used as a store, and it will be opened up to the public and made a feature.

The Heritage Centre scheme will build on the Partnership’s current project celebrating the history and heritage of the Looe Valley Line and will allow much of the research undertaken, the results of which are going to go on a new website looerailheritage.com, to be put on public display.   The current project is also being supported by GWR’s Customer & Communities Improvement Fund, plus the Designated Community Rail Development Fund, backed by the Department for Transport and ACoRP, the Association of Community Rail Partnerships.

Rail Partnership Manager Richard Burningham said “I am delighted that our bid to GWR’s Customer & Communities Improvement Fund has been successful.  Many thanks to GWR and the Department for Transport for their support.   The Heritage Centre will be an great further development of our current history and heritage project and another reason for people to visit Liskeard and travel on the lovely branch line to Looe.”

The news about the Heritage Centre follows on from the start this month of more seats being provided on Looe Valley Line trains, with refurbished two coach trains being used throughout the year, instead of just the main Summer Holidays.