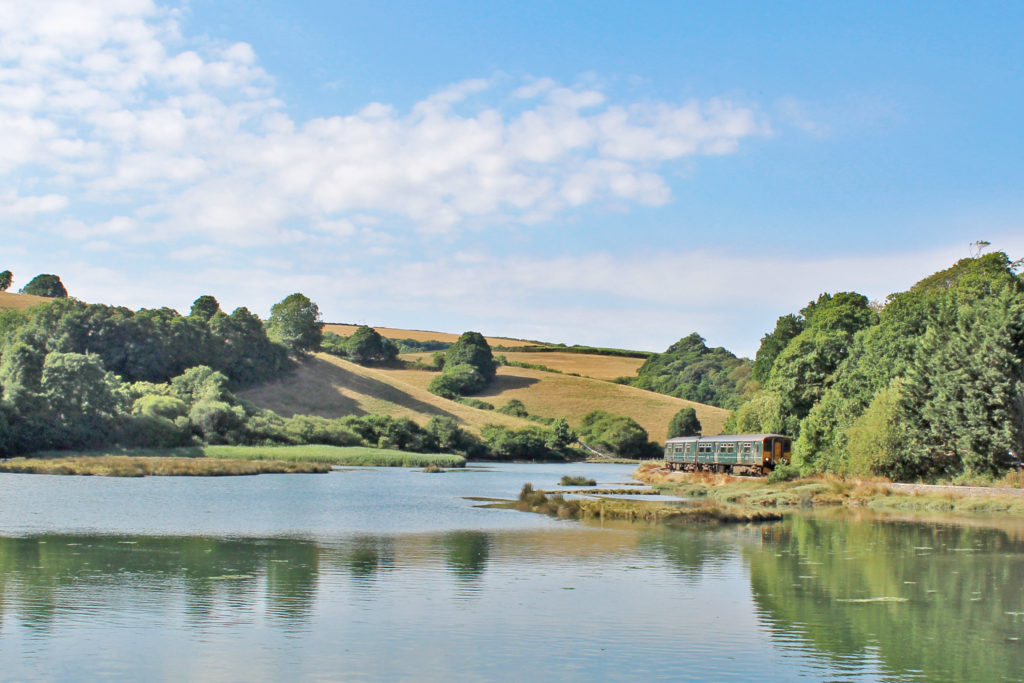 There are more seats on the scenic Looe Valley Line which links Liskeard and Looe.  All trains will now be formed of two coaches throughout the year, instead of a single coach outside of the peak Summer holidays.

The two coach trains have all been recently refurbished by train company GWR and have free Wi-Fi, power sockets, space for wheelchairs and buggies and a toilet which has been adapted for use by the disabled.

Single coach trains have been the mainstay of the Looe Valley Line since the mid 1990s. They also worked on other local services in Devon and Cornwall. The last five of them left GWR for Transport for Wales last week.

The move has been welcomed by the Devon & Cornwall Rail Partnership which works to promote the line and other rural services in the two counties.

Manager Richard Burningham said: “This is great news. Particularly during school holidays, the single coach on the Looe Valley Line has sometimes struggled to cope with the number of people who want to travel. On occasions, the single coach train has had to be supplemented by a bus, which no-one wants. This shouldn’t be needed again with the longer trains.”

“We recognise the value of rail to the local and national economy and we have been working hard to provide additional carriages for passengers where they are needed most. I am delighted that not only are we able to provide more seats for our summer services on the line, but this improvement will continue throughout the year.”

The change adds over 50 more seats per train, or 600 a day in each direction.

Sunday trains have also just started again on the Looe Valley Line. From now until October, eight trains will run each way between Liskeard and Looe on Sundays.